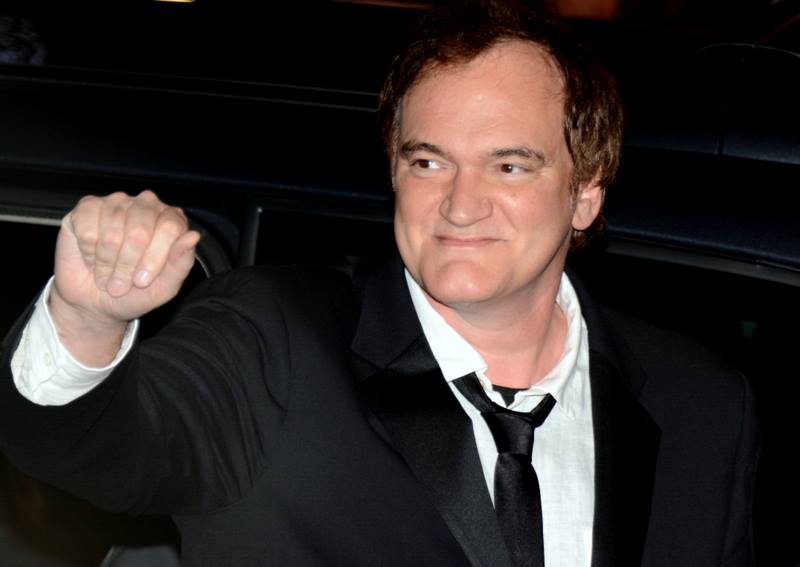 An exhaustive list of the favorite films of iconic filmmaker Quentin Tarantino are examined below.  Tarantino is currently filming his ninth film (he treats Kill Bill – Volumes 1 & 2 as one film), Once Upon A Time In Hollywood, which will reportedly center around the 1969 Manson Family murders.  The film will star Leonardo DiCaprio as a former Western film star, struggling to find success in Hollywood; Brad Pitt as DiCaprio’s character’s stunt double and friend; and Margot Robbie in a yet to be disclosed role.
For more information on a particular film, click on the associated image (via Amazon).
TARANTINO’S FAVORITE FILMS

The Good, The Bad, and the Ugly

There Will be Blood

Once Upon A Time In The West

Dawn of the Dead

Night Of The Living Dead

The Last House on the Left

Master of the Flying Guillotine

Thriller: They Call Her One Eye

The Lady in Red

Rise of the Planet of the Apes

The Skin I Live In

For a Few Dollars More

The Mercenary – aka A Professional Gun (Il mercenario)

A Fistful of Dollars

Shaun of the Dead

The above-list was compiled via the following sources: polls submitted by Tarantino to the British Film Institute (2002 & 2012), 2012 and 2017 interviews with IndieWire, an interview with GrindHouseDatabase.com, Spaghetti-Western.net, and the below interview with Sky Movies:

Be sure to check us out on Instagram and Twitter for updates and new posts examining books, films, television shows & albums recommended by your favorite authors, filmmakers, musicians & more!

And if you are somehow unfamiliar with Tarantino’s films, we strongly recommend checking out all of them (preferably via the following links):