Michael “Coomers” Coomer,  is best known as the singer, co-songwriter (along with bandmate Curtis O’Mara), and frontman of the Austin, Texas-based band Harlem.   Coomers also released two solo albums (A Signed Piece of Paper and The Garden of Joy and the Well of Loneliness) under the name Lace Curtains. Recently, Coomers provided us with a list composed of his favorite contemporary albums/songs and TV channel as well as a recent book, film, and art exhibit he enjoyed, all of which are examined below (including Coomers’ commentary relating thereto).  Harlem’s first album, Free Drugs, was self-released in 2008 to critical acclaim, leading to their signing to Matador Records.  Check out the video for the single Witch Greens from the album here:

Harlem’s second album, Hippies, released on Matador Records in 2010, was again met with critical acclaim, with many reviewers praising Coomers and O’Mara’s songwriting.  The album’s melodic first single, Gay Human Bones, was written by Coomers while he was under the influence of psychedelics.  Check out the video for the song here:

Following a long hiatus, Harlem has graciously reunited, recently recording songs for their third LP, Oh Boy, which is scheduled for release on February 14, 2018 by Female Fantasy Records.  Clearly, Coomers has not lost his ability to craft memorable pop hooks, as evidenced by the album’s first single, Cry Now Cry Later, which you can listen to here:

For more information on the following, feel free to click on the associated image of the song, book, or film (via Amazon). 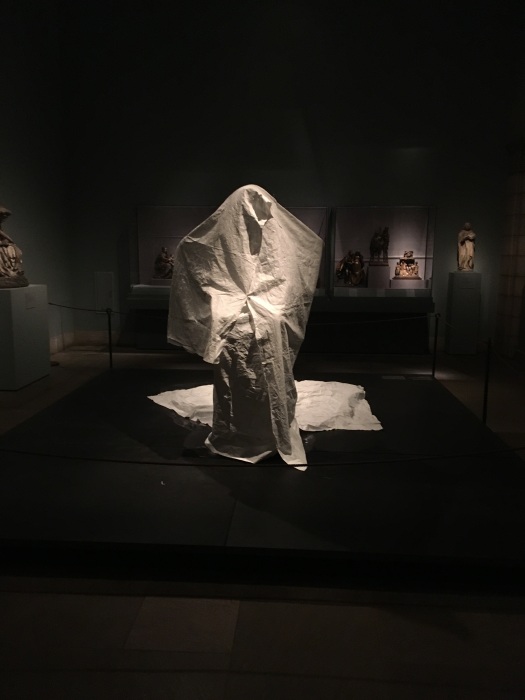 “I’m currently going to school at Hunter college. The Metropolitan Museum is nearby so I play hooky and go there pretty often. Their Heavenly Bodies show was dramatic and fun. I got obsessed with this YSL [Yves Saint Laurent] wedding dress.  I was going through a hard breakup so I think my pilgrimages to it were some form of prayer.”

“This book came out over a year ago but I never got the chance to say I liked it in any publication. I do, its great, and the author is a friend of mine but we haven’t seen each other in a while.  I’m sure she has a Google alert on her name so maybe she’ll go out to lunch with me if I mention her wonderful book.”

I loved The Favourite – saw it at a 10:30 am Sunday matinee date. I recommend doing that.”

“Good for chain-smoking in an apartment…”

“Being late to class or work on the train…”

Best for “going to the gym…”

Cardi B (only certain songs)

“Thinking ‘fuck them’ about people that have wronged you.”

“I watch this channel called ‘Movies!‘ – the commercials are all scams for swindling old people but they will do stuff like James Dean marathons. I love this channel. I hate streaming because you have to curate your own experience.”

If you are unfamiliar with any of Coomers’ music, we strongly recommend checking out the following albums before the third Harlem album hits the streets: